Super Bowl XLVIII to be Played at High of 36 Degrees 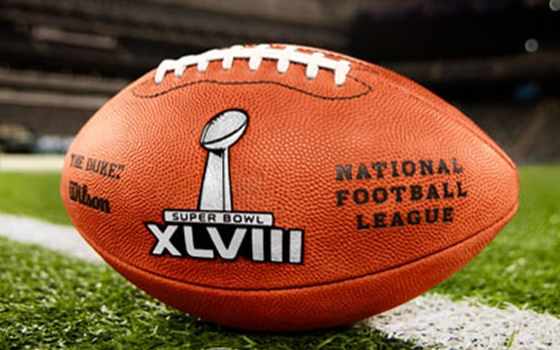 Weather forecasts are predicting that the Super Bowl will be played at a high of 36 degrees with possible snow showers.

According to AccuWeather, there is also a possibility that it will be a milder day and that precipitation turns to rain, but it doesn't look as though a Super Bowl blizzard will materialize.

Jeff Smith, a meteorologist at WABC-TV, said that seven days out is about the first glimpse at an accurate forecast, but it's only an estimate until 96 hours (four days) before.

"We're pretty confident that temperatures will be close to normal, the 30s, by the time the weekend rolls around," Smith said, according to ESPN.

If this forecast bears out, the NFL will arrive at a Super Bowl Sunday in New Jersey that feels like an average winter day.

"I think in order to be a championship football team we've got to be weatherproof," Fox said. " I think our football team played in all different elements this year. I feel comfortable with where we're at as far as the elements, but it's a part of the game."

If weather forecast will be accurate, the first outdoor Super Bowl in a cold-weather climate should be the coldest weather ever for the 6:30 p.m. kickoff, with the record being 39 degrees set at Tulane Stadium in New Orleans on Jan. 16, 1972.

In the unlikely event that a lot more snow, ice or extreme cold gets added to the forecast, the NFL would need 72 hours' notice to move the game to Saturday or Monday, which is the backup plan. The league could also move the time of the game and would need to decide 48 hours ahead to prepare.

In the meantime, the NFL has created welcome bags for each ticket holder at MetLife Stadium that include a seat cushion, texting gloves and a neck gaiter, among other warming items.

Super Bowl XLVIII to be Played at High of 36 Degrees