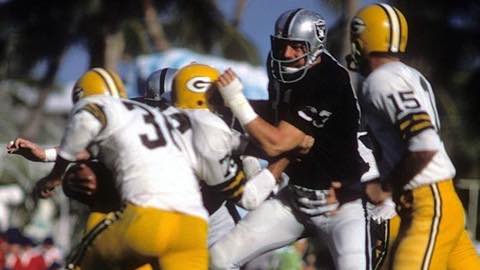 Guiding Green Bay to its second Super Bowl win in a row (and third consecutive NFL championship), Bart Starr's star shone the brightest in the second half. The high-powered Green Bay offense rattled off 17 unanswered points in the third and fourth quarters to pull away from the Raiders for a 33-14 victory. Starr completed 13 of his 24 passes, including a 62-yard scoring strike to Boyd Dowler.

The Green Bay Packers -- after winning its third consecutive NFL championship -- won the Super Bowl title for the second straight year, defeating the AFL champion Oakland Raiders in a game that drew the first $3-million gate in football history.

As expected, Green Bay dominated Oakland throughout most of Super Bowl II. Leading 16-7 at the half, the Packers scored 17 unanswered second-half points to win Super Bowl II over the Raiders 33-14. The Raiders managed to only score twice on two touchdown passes from quarterback Daryle Lamonica. Meanwhile, Packers kicker Don Chandler made four field goals, including three in the first half, while all-pro cornerback Herb Adderley capped the Green Bay scoring with a 60-yard interception return for a touchdown.

The Green Bay Packers advanced to Super Bowl II with a come-from-behind effort to defeat the Dallas Cowboys in the NFL Championship game for the second year in a row, in one of the most famous games in NFL history: The 'Ice Bowl'.

Packers quarterback Bart Starr was again chosen the game's most valuable player as he completed 13 of 24 passes for 202 yards and one touchdown and directed a Packers' attack that was in control all the way after building a 16-7 halftime lead. 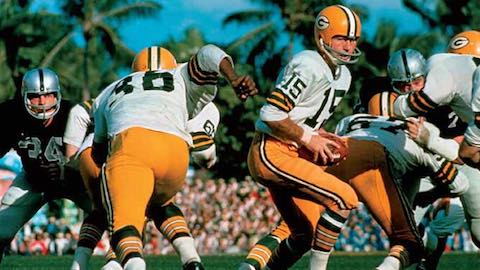 Bart Starr directed a Packers attack that was in control all the way after building a 16-7 halftime lead. Starr completed 13-of-24 passes for 202 yards and 1 touchdown. 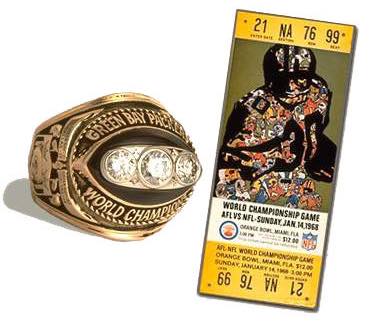