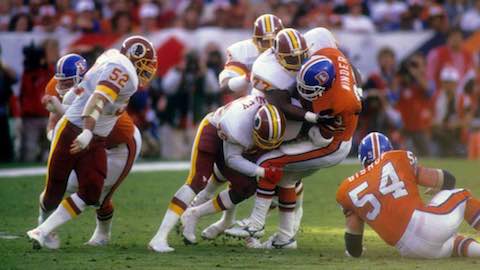 Throwing four touchdown passes in an electric second quarter, Doug Williams led Washington to its second Super Bowl victory. Williams accrued 340 yards via the pass -- a Super Bowl record at the time. Trailing 10-0 after one quarter of play, the Redskins erupted for 42 straight points en route to a 42-10 victory over the Broncos.

NFC champion Washington won Super Bowl XXII and its second NFL championship of the 1980s with a 42-10 decision over AFC champion Denver.

The Redskins then erupted for 35 points on five straight possessions in the second period and coasted thereafter. The 35 points established an NFL postseason mark for most points in a period.

Washington scored five touchdowns in 18 plays with total time of possession of only 5:47. Overall, Williams completed 18 of 29 passes for 340 yards and was named the game's most valuable player. His pass-yardage total eclipsed the Super Bowl record of 331 yards by Joe Montana of San Francisco in Super Bowl XIX.

Rookie running back Timmy Smith was the game's leading rusher with 22 carries for a Super Bowl-record 204 yards, breaking the previous mark of 191 yards by Marcus Allen of the Raiders in Super Bowl XVIII. Smith also scored twice on runs of 58 and 4 yards. 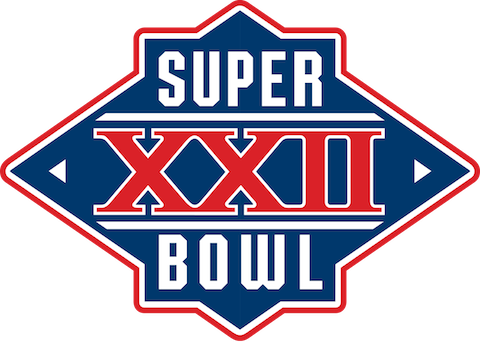 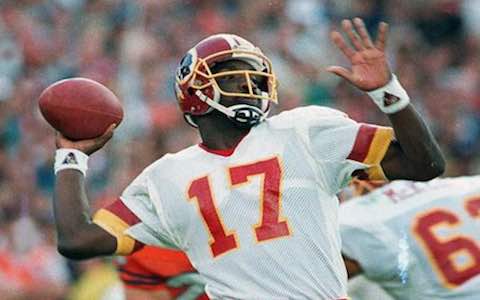 Trailing 10-0 after one quarter of play, the Redskins erupted for 42 straight points en route to a 42-10 victory.

Williams sparked the offensive rally with an 80-yard passing score to wide receiver Ricky Sanders less than a minute into the second quarter.

Williams' performance was so impressive that it surpassed the dynamic rushing effort by Washington running back Timmy Smith, who ran for 204 yards and two touchdowns.

In one of the Super Bowl's superlative displays of passing, Williams led a second-quarter offensive explosion that clinched a 42-10 victory over Denver. Williams completed 18-of-29 passes for a Super Bowl record 340 yards. He tied a Super Bowl record with four touchdown passes, all of which came in the second quarter.

Trailing 10-0 entering the second quarter, the Redskins went on a scoring binge unmatched in NFL postseason history. Scoring touchdowns on all five of their possessions, they put the game out of reach.

In the first minute of the quarter, Williams connected with wide receiver Ricky Sanders for an 80-yard score. Four minutes later, the quarterback hit wide receiver Gary Clark with a 27-yard touchdown pass. After a 58-yard TD run by running back Timmy Smith, Williams struck again, this time on 50-yard pass to Sanders. The final score of the comeback quarter came on an 8-yard pass to tight end Clint Didier.

Williams' MVP performance is all the more incredible given that he had earlier had to leave game temporarily after a knee-twisting hit. 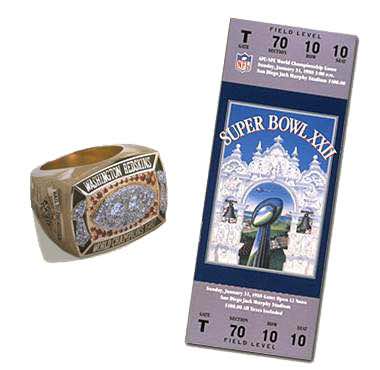