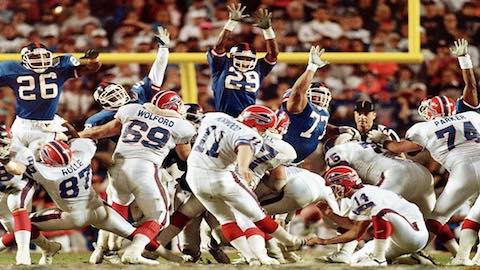 Head coach Bill Parcells secured his second Super Bowl championship in the 20-19 victory over the Bills, which will be forever remembered because of Buffalo kicker Scott Norwood's potential game-winning field goal that sailed wide right. Just as they had done all season, the Giants employed a ball-control strategy that was spearheaded by Anderson's gutsy performance. Running primarily between the tackles, Anderson carried the ball 21 times for 102 yards.

The NFC champion New York Giants won their second Super Bowl in five years with a 20-19 victory over the Buffalo Bills, which will be forever remembered because of Buffalo kicker Scott Norwood's potential game-winning field goal that sailed wide right at games' end.

Just as they had done all season, Head coach Bill Parcells' Giants employed a ball-control strategy that was spearheaded by Anderson's gutsy performance. Running primarily between the tackles, Anderson carried the ball 21 times for 102 yards.

The New York Giants -- employing its ball-control offense -- held on to the ball for a record 40:33 of the game, keeping the potent Buffalo offense from finding its rhythm.

The Bills, who scored 95 points in their previous two playoff games leading to Super Bowl XXV, had the ball for less than eight minutes in the second half and just 19:27 for the game.

Fourteen of New York's 73 plays came on its initial drive of the third quarter, which covered 75 yards and consumed a Super Bowl-record 9:29 before running back Ottis Anderson ran one yard for a touchdown.

Giants quarterback Jeff Hostetler kept the long drive going by converting three third-down plays -- an 11-yard pass to running back David Meggett on third-and-eight, a 14-yard toss to wide receiver Mark Ingram on third-and-13, and a 9-yard pass to Howard Cross on third-and-four-to give New York a 17-12 lead in the third quarter.

Buffalo jumped to a 12-3 lead midway through the second quarter before Hostetler completed a 14-yard scoring strike to wide receiver Stephen Baker to close the score to 12-10 at halftime.

Buffalo's Thurman Thomas ran 31 yards for a touchdown on the opening play of the fourth quarter to help Buffalo recapture the lead 19-17. Matt Bahr's 21-yard field goal gave the Giants a 20-19 lead, but Buffalo's Scott Norwood had a chance to win the game with seconds remaining before his 47-yard field-goal attempt sailed wide right.

Hostetler completed 20 of 32 passes for 222 yards and one touchdown. Anderson rushed 21 times for 102 yards and a touchdown to capture most-valuable-player honors. 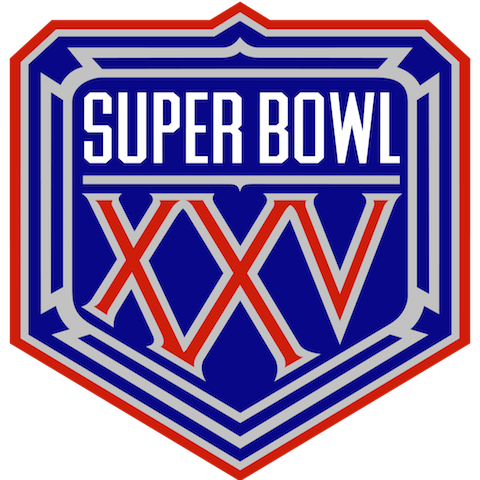 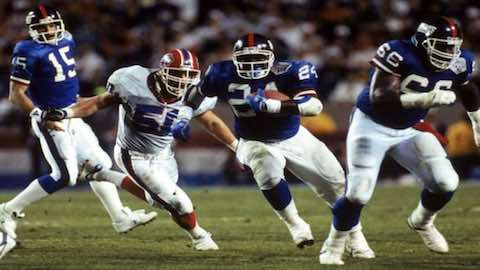 In a game that will be remembered more for a missed field goal than anything else, the Giants employed a powerful ball-control offense to hold off the Buffalo Bills 20-19.

The key to the Giants' record possession total of 40:33 was Ottis Anderson. The powerful veteran running back carried 21 times for 102 yards. Anderson's 1-yard touchdown capped off a 14-play drive that ate up a record 9:29 of the third quarter as New York won its second Super Bowl. 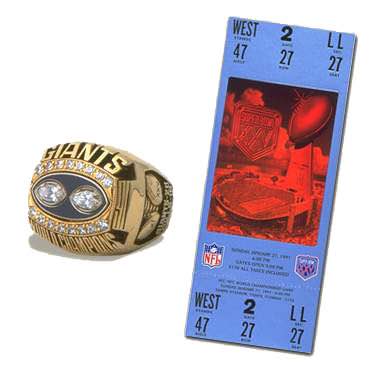