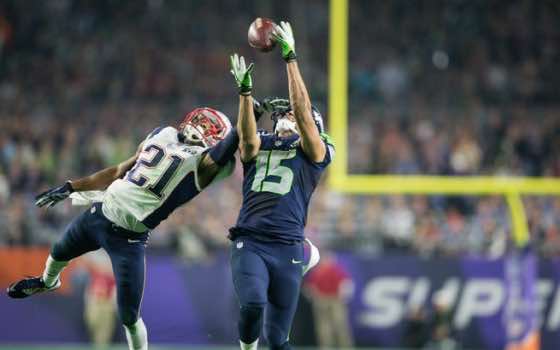 The Seahawks final drive should be remembered for Jermaine Kearse's incredible, juggling catch. But it won't.

Jermaine Kearse's catch will probably be forgotten. At the least, it will be overshadowed because Russell Wilson threw an unthinkable interception two plays later on a play the hometown metro newspaper accurately dubbed the worst call in Super Bowl history.>

Even if the 28-24 Patriots win in Super Bowl XLIX is unbearable to relive for 12's, Kearse's catch is worth another look. 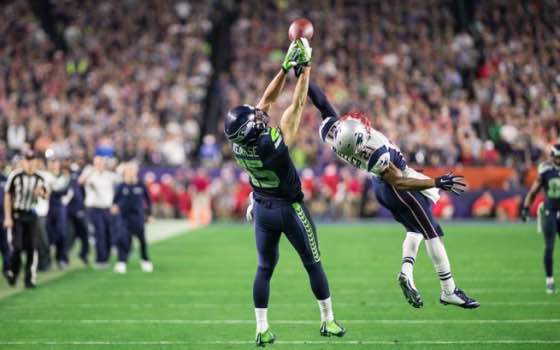 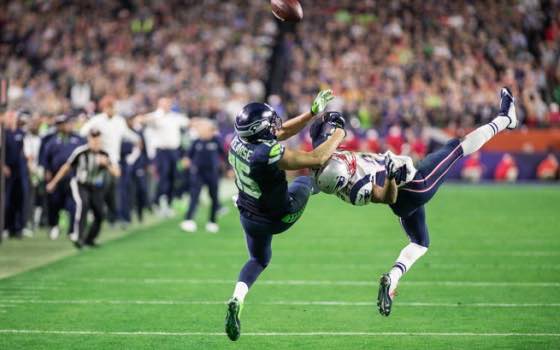 Doesn't exactly have the makings of a guy about to make a game-altering catch, does it?
Photo: Drew McKenzie, Sportspress Northwest

As Kearse fell, he kept tracking the tumbling ball. 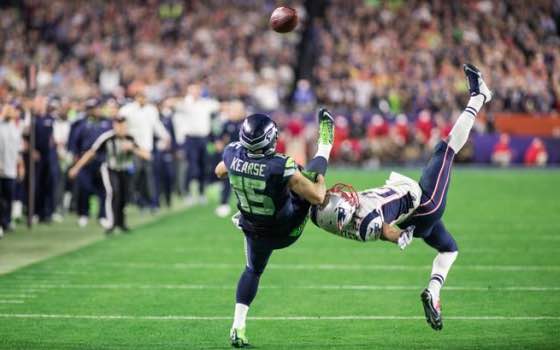 Another look at it: 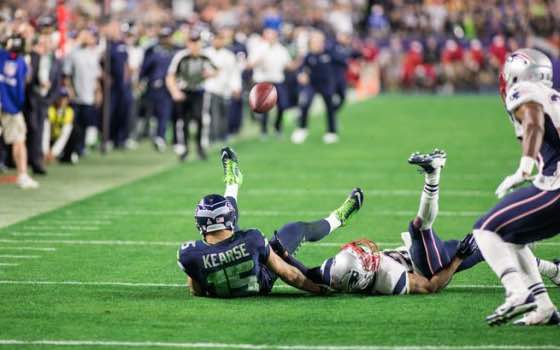 At this point, there was hope Kearse might have kept the ball in play
Photo: Drew McKenzie, Sportspress Northwest

Because Kearse wasn't touched by a defensive player when he was on the ground, he wasn't considered down. So he got up and ran.

Had Butler not forced him out at New England's five-yard line, the conversation Monday morning might have been very different. 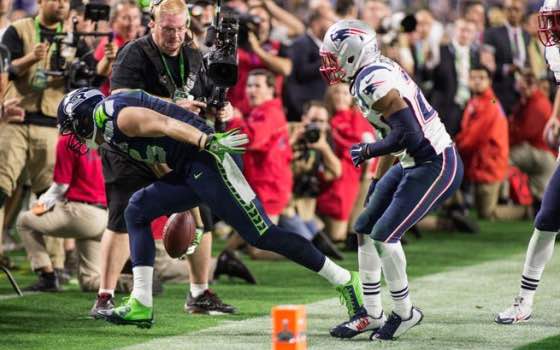 After the catch, Kearse leaped up but was pushed out by Butler, the eventual hero.
Photo: Drew McKenzie, Sportspress Northwest

Apologies to Lynn Swann, David Tyree, and Mario Manningham, but Kearse's grab, because of its timing and incredible difficulty, should go down as the best in Super Bowl history.

It probably won't because of the game's finish.

For those who still can't believe the Seahawks lost, or still can't fathom why coach Pete Carroll and offensive coordinator Darrell Bevell decided throwing an inside slant to Lockette was a better option than giving the ball to Marshawn Lynch, perhaps the best running back in the league, or how Butler, an undrafted rookie cornerback, could make a game-clinching interception – cheer up.

Here's WR Doug Baldwin, following his 3-yard touchdown catch in the third quarter, pretending to poop out a football.

He was penalized 15 yards for unsportsmanlike conduct, and afterward declined to identify the target of his tasteless, costly stunt: "That's between me and the person it was intended for."

A fairly public place for a private feud, eh Doug?